The site-specific, performative dance piece “Rainbow” questions public places in the city. Authors focuses on reflecting present and past of public spaces, bringing back particular facts of the exact places that were forgotten in the process of globalization, renovation, re-construction and other natural changes in the cities.

Moreover, for a long time urban dance was forming in public spaces and one of the main functions of the dance was self-meditation or a simple entertainment for passers-by. That’s why urban (street) dance and street (hip-hop) culture in general is an integral part of public space – a key element here is the relationship with the community.

For example, the performance took place in a square next to the sculpture ‘Rainbow’, which, by the people of Utena city, was dubbed „shashlik”. The place where rainbow-shashlik stands has a past, which was marked by death. There, after the Second World War were buried Russian soldiers, who were later evicted to a different location.

Dancers perceive interpretation of public spaces (with the help of contemporary art tools) as a dialog between current/former object or certain circumstances, that are occurring in public spaces and an artist. Its result could be a formation of a new approach to interviewed public space.

The performance can be shown in different public spaces and can be adapted to specific sites and contexts. 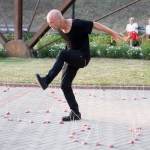 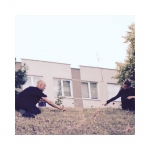 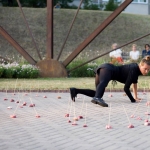 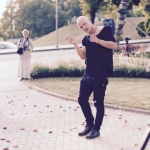 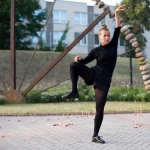 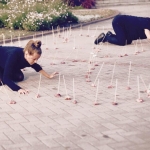 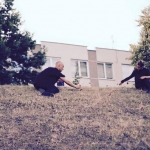 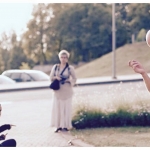 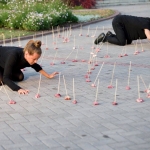 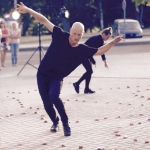 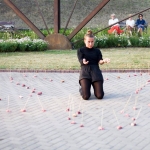 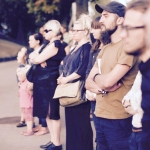 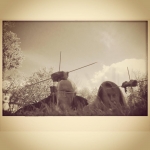